This coal car belongs to the Caledonian Steam Railway between Brechin and Bridge of Dun, Scotland. The picture was taken at the station of Bridge of Dun in the summer of 1997. 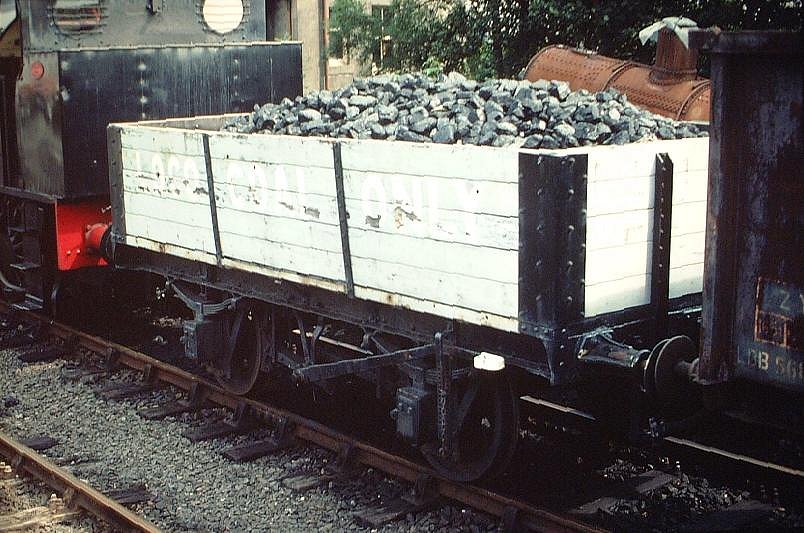 Not far from Bridge of Dun, just north of Montrose, you find this beautiful viaduct. It is the North Water Bridge viaduct on the former Montrose and Bervie Railway. The North Water Bridge crosses the North Esk, whereas the old road bridge that gave name to Bridge of Dun crosses the South Esk. The Montrose and Bervie Railway was closed May 23, 1966 and there are no tracks left. Picture taken 1997. 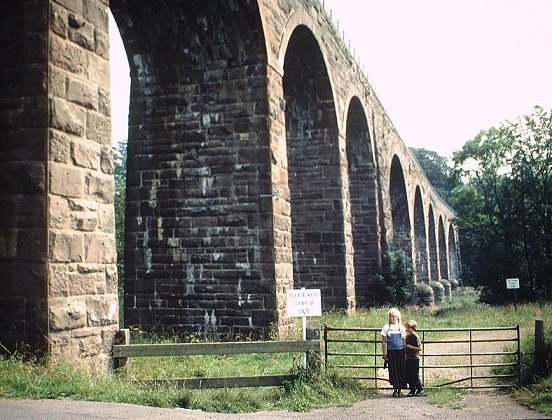 Another more famous Scotch bridge is the Findhorn Viaduct over the River Findhorn. It is situated near Tomatin, 22 km south southeast of Inverness, on the Inverness and Aviemore Direct Railway. Picture taken 1997. 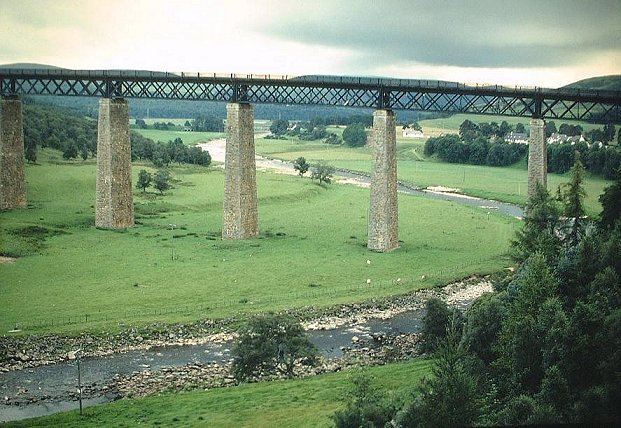